71 days passed, and I just didn’t know! New friends, new adventures and a lot of memories…….. I still remember how anxious I was when I sat on the flight to Chicago. From a small village to the skyscraping City !!  I thought it is going to be a huge cultural shock, everything new and having to start from scratch. But Alas ! It didn’t happen! Neither was I shocked or slowed down. Everything was like piece of a puzzle , so easy to put together and so rewarding in the end.

Day 1, I met my mentors and my PI. Work ; definitely came as a shock. I really for a second thought what I have called upon myself!! Way lot of biology for an average Chemistry major. But time passed and things started falling in place.. 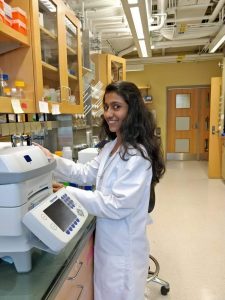 Weekends were the best. The real vibe of Chicago rests in its downtown. The endless roadways, restless crowds and the music that lies in the city’s heart. There is a rhythm to every footstep, there is an enchanting flavor to every street and the is a charming color to every smile. The energy that the city gives you is indescribable but at the same time the price tags blind you!

But as the brightness fades, the darkness also sinks in. As friendly as the city is, it is not safe as it seems. During the duration of my stay, I have heard of numerous theft and gunshot cases, all recent and shocking. There were so many homeless on the streets, everyone asking for a roof under their head and some food to feed their hunger.  But the city ignores and moves on.

The feeling of being a child can’t be described with words. Learning new things really made me feel like a kid. Slow, but stern steps. Don’t know how far is there ahead. But turning back, I feel happy. The support and motivation that kept me on my feet definitely needs mentioning. Without my mentor, I don’t think I would have achieved what I achieved in the past two months. I learned a lot from him, both as a student and as a human being. I had lots of fun with the lab members too. Somehow, they always liked pulling my leg and I loved to play along. After all putting a smile on someone’s face is the most rewarding act. 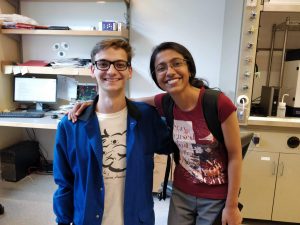 Dynamics is my thing. I don’t like staying and brooding at a place. During the past two months I along with my friends explored a few places including Madison, New York, Niagara and Indiana. Each place was a new chapter. If  Madison was a fairy tale, then New York was Action packed thriller, Niagara was a Family blockbuster and Indiana, a Classic. I don’t remember when I lost myself to the madness and craziness that time offered me. But there was always work that brought us all back to reality. The weekdays came as reality check to the weekend fantasies……

It’s not like it was a linear happiness and fun curve, there were ups and downs to the curve. I did have moments of self doubt, anger, tears.. They all got their fair share. But Joy ended up overpowering and dominating all other emotions. They just made those memories deeper and stronger. 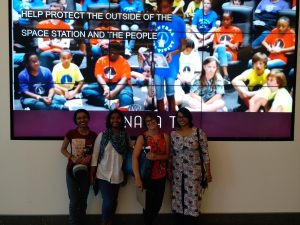 But it’s funny how fast good time flies. Einstein’s relativity really works !! Towards the end, it was so difficult to believe it all coming to an end. Along with that group meetings, discussions, presentation, tripping and so much more. Never got time to breath. Running, panting, working.. it became apart of life as if it was always there. It never occurred to me it’s going to end one day.

Now as I am again sitting under this Banyan, relaxing and taking in a gulp of fresh oxygen, sipping my masala tea; I realize all those things I am going to miss. Things I have mental screenshots of and a separate folder to save them all forever. A story to tell to the coming generation and a picture that will go on my showcase. Years will pass, things will change, but my Chicago diary is going to live and tell the tale. No one can take those memories away from me. My souvenirs for an unforgettable summer.