I stood bewildered at the New Arc Terminal C, flooded with a motley of multicoloured crowd, gliding across the terminals. Somehow, I managed to make it to my next flight on time. And there I was at my next stop, Madison. I had planned my itinerary such that I could attend the Khorana-Bose Orientation at University of Wisconsin Madison before joining my lab. I have been rather wary when my VISA went on hold that I would miss on the opportunity. 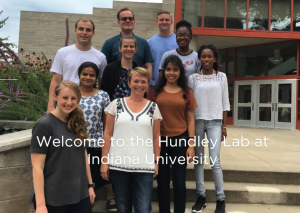 I am not a natural extrovert, I was making effort to communicate with the other Scholars and Professors around. We wereshown around the University by a former Khorana Scholar. The first time I had come across an University which did have the cliched fenced boundary. The weather was cold, but I was already liking the chill of Madison.

I flew to Indiana via Chicago after the orientation. The city was calm and serene, flaked around the University. Unlike Madison it was warm, it had a bright sun and light breeze. My summer internship started the very next day I had arrived, but here I will most happily skip my first month and glide to the next.

My Project at Dr.Heather Hundley’s lab was on calculating the percentage of editing in Glioblastoma (brain cancer) cell line. I was helped by the lab Technician during my first week, and gradually I got independent. The Lab had a many affable, approachable members. My project bade for a lot of PCRs. Initially I would just hope and pray that my PCR gave the desired results, which was very rare. At every step, I became more paranoid. Every time Heather would sit with me analysing the Gel results, she would say “I don’t think you did wrong, perhaps you could increase the number of cycles, these bands are too thin, they need more amplification.” She had justification for every failure while my only justification was that I went wrong. I learnt how to ‘bend’ the protocols to fit in the desire, more scientifically speaking how to optimise results. My summer clock was ticking, I started doing Saturdays and Sundays hoping I would be able to conclude my work before leaving. And I succeeded. The lab taught me two things, failure is science as to err is humane, but not all failures are born of human errors. Research Result is like the precious gem hidden under layers of hard work and perseverance and you don’t know how many times you must hit it before layers break open- sometimes it may give up at one go while some other time it might not, even at the hundredth. I learnt from my lab experience that irrespective of how many failures I face I will go on, failures give reasons not to fail again.  I could accomplish the editing percentage for two genes before my last day at the Lab. 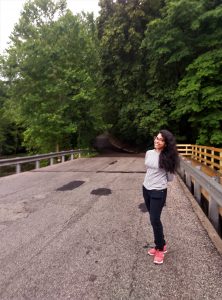 The summer gave me much opportunity to hone my culinary skill. It led to the discovery that I wasn’t much averse to solipsistic cooking. I enthusiastically planned my cooking sessions and enjoyed grocery shopping. Not many Indian dishes have I cooked, I could count the occasions when I had cooked rice. I would mostly cook ravioli, pasta, spaghetti, things that my mother doesn’t cook at home. I mostly lived on innovation over Bread, mayonnaise, sour cream, cottage cheese, and anything that ended with “cheese”. I developed liking over Mexican food, which is much Indian except that it is cramped in a single bowl and is less saucy. I tried Turkish and Thai as well. The summer transformed me into a gourmet and now I face real trouble swallowing the hostel food.

As I was sitting at the Indianapolis airport, I had a lot of time to contemplate. I had three cancelled itineraries; spend two long nights at the airport. I was a Khorana Scholar. I was happy, and I felt lucky. From the first day, I had successfully drawn the thin line between a trip and an internship. I wasn’t on US trip. I was there to have better knowledge than I had before the summer. This only strengthened my affinity towards a research career.

I was finally home by the fourth itinerary redirected through Germany. I was collecting my air ticket at the Frankfurt airport, “Will you be happy to get a privilege seat”, the Lufthansa official winked at me. I didn’t know what it meant, all I wanted was to go home after two never ending nights. And when I was seated I found myself sipping apple juice in the executive class. My summer was eventful and I would call still it the best summer I had, till something better supersedes.