My experience as a Bose scholar was incredibly impactful upon me as a person and as a scientist. I was challenged beyond what I had expected and in ways that I had not foreseen. These challenges pushed me to grow, and at the end was incredibly fruitful. 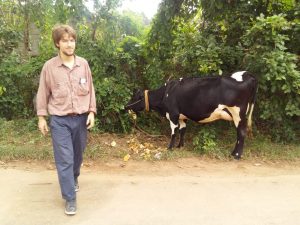 My first month there was like the first month of college, you have no idea what is going on, you are completely alone and in an environment that you have never experienced before. The entire first month is just trying to figure out the system of India. How to interact socially in a new culture, how to wrap your head around and understand your project, what food won’t send you to the hospital, how to understand Indian English, how Uber operates, what 15 forms you have to fill out so the country doesn’t deport you, how to walk at night so snakes don’t bite you, sim cards, money exchange. It is a challenging and exciting experience that comes with a great deal of stress, but that friends and mentors in the country will help you bear. 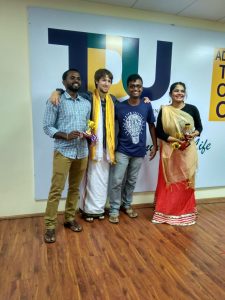 My first month In India was also a time where I learned a great deal of science, technique and theory in a very small window. Being surrounded by only PhD students and PI’s it took a great deal of time, practice and background reading to be able to get up to speed with the rest of the team. My project was testing an Ayruvedic treatment called Brahmi Gritham, which is used in traditional Ayurvedic medicine as a neurotropic, on a C Elegans transgenic model to see if it was effective as an treatment of Alzheimer’s Disease. In conjunction with this the project was focused on trying to discover the mechanism of action of why and how AB protein aggregates in AD, a mechanism that is still unknown. While being part of a lab here at UW Madison, it was an entirely different experience having my own project and being able to see, implement and troubleshoot my own experiments and project from start to finish. Unfortunately, after months of trying and help from my PI and PhD students, I was not able to yield any usable results, a problem we traced back to our supplier of transgenic models. While I found this lack of results to be incredibly frustrating, my PhD students and professors, smiled and told me of their failure riddled pursuits some spanning 4 years of no results until finally they were successful. In perspective and as I learned more and more I began to realize how insignificant 3 months is compared to some PhD scholars who had been working on similar projects for 8 years. 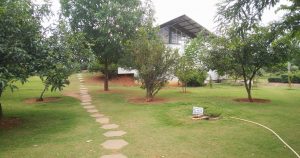 It was also quite challenging but incredibly fruitful to try and learn a new system of medicine, which was called Ayurvedic medicine. It is the tradition medicine of India which I had no prior knowledge of until receiving the scholarship. My time there proved to be incredibly influential in my outlook on medicine and healthcare, as I got to be intimately involved in the Ayurvedic
healthcare system during my time there. The University is right next to a world renowned Ayurvedic hospital where people from all over the world come seeking treatments, from Dubai to Florida. They university works in conjunction with the hospital to study and conduct clinical trials of the Ayurvedic treatments, and Ayurvedic medicine in general. The university is almost acts like a stamp of approval for the hospital, for as I observed and many people at the university observe, the traditional treatments yield some unbelievable results that are unmatched by western medicine, the question that the university tries to answer is why, howand if it is truly as effective as it seems.