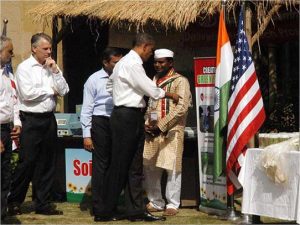 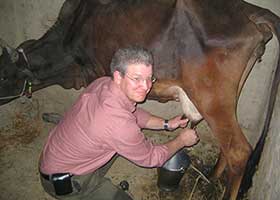 Working with the Mahindra group, a UW soil scientist spent two years in India establishing nearly 100 state-of-the-art labs across India.  These services have greatly reduced the inappropriate use of fertilizers and improved crop productivity by almost 100%.  Similarly, working with the RGCT in the poorest state of India, several dairy and agricultural scientists from UW had a positive impact on approximately 50,000 women self help groups.  This amounts to impacting nearly 200,000-250,000 individuals – assuming a conservative estimate of 4-5 individuals per self help group.  The visiting UW/US scientists helped double the agricultural and dairy productivity of many of the sub-marginal farmers on low-yielding land.  The lessons learned are now being extended to nearly 350,000 women in self help groups – in effect, reaching over a million individuals in the poorest part of the world. 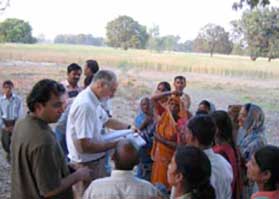 Below are links to valuable publications that resulted from the collaboration between UW Madison scientists and Indian agencies mentioned above.